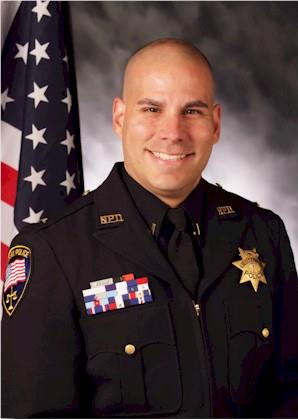 Captain Jonathan Arguello joined the Newark Police Department in February 1995 as a Police Cadet. In 1996, he was hired as a Police Officer and assigned to the Patrol Division where he later trained newly hired police officers as a Field Training Officer. In 2005, he was assigned to the regional Southern Alameda County Narcotics Enforcement Team (SACNET) where he served as a Narcotics Detective. Capt. Arguello has been a member of the department’s Hostage Negotiation Team, an Active Shooter Instructor and spent nine years as a member and Team Leader on the department’s S.W.A.T. team.

Capt. Arguello was promoted to the rank of Sergeant in 2007 and served as the Traffic Division supervisor from 2007 through 2012 before being selected to oversee the department’s Special Enforcement Team where he remained through 2013. Capt. Arguello was promoted to Lieutenant in 2014, serving as an Operations Lieutenant overseeing Patrol, Detective Division, Major Crimes Task Force, Special Enforcement Team, as well as the Explorer and Honor Guard programs. Capt. Arguello was promoted to Captain in 2017 and currently manages the Field Operations Division overseeing Patrol, Detectives, Traffic, School Resource Officer Program, Major Crimes Task Force, K-9, S.W.A.T., Crisis Negotiation Team, Communications, Records, Animal Control, Reserve Officers, Explorers and the Field Training Program.

Capt. Arguello earned Associates of Arts degrees both in Administration of Justice and Liberal Arts from Ohlone College in 1995. He is a long time member of numerous professional organizations, including the California Association of Tactical Officers, the California Narcotic Officers’ Association and the California Peace Officers’ Association. He has received numerous awards including the department’s Silver Award on five occasions, has been recognized as Employee of the Quarter on three occasions, as well other commendations from the department and outside organizations. His continued dedication to the betterment of the law enforcement profession led his peers to elect him as President of the Newark Police Association, where he served as a board member from 2003 through 2007.

When away from the police department, Capt. Arguello enjoys uncovering new foodie spots, as well as running to burn off all of those extra calories, but most of all he loves spending time with his wife and two children.

Captain Jonathan Arguello can be contacted at jonathan.arguello@newark.org or (510) 578-4375. 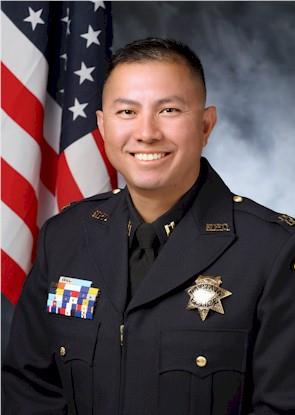 Captain Chomnan Loth was hired as a Police Officer for the City of Newark in 2002. During his time as an officer, Captain Loth worked in Patrol and as a Detective with the Gang Violence Suppression Task Force and the Major Crimes Task Force. During his time in the task force, Captain Loth specialized in gang enforcement and investigations. Captain Loth is a court recognized expert in the area of gangs and has testified numerous times as an expert in Alameda and San Mateo County Superior Courts. Captain Loth also worked as a Field Training Officer, Defensive Tactics Instructor, Chemical Agent Instructor, Acitve-Shooter Instructor, and as a member of the SWAT and Sniper teams.

Captain Loth was promoted to Police Sergeant in 2011, where he worked as a Patrol Sergeant, Support Services Sergeant, and Special Enforcement Team Sergeant.

Captain Loth was promoted to Lieutenant in 2014, where he served as the Operations Lieutenant overseeing Patrol, the K9 Program, Special Enforcement Team, Major Crimes Task Force, and SWAT.

In March, 2019 Capt. Loth graduated from the prestigious FBI National Academy in Quantico, Virginia.  Capt. Loth is also a recipient of the department’s Blue Award, Employee of the Quarter Award and the Life Saving Award for his part in saving a drowning child. 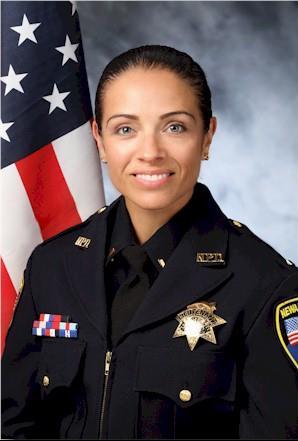 Jolie grew up in Fremont, but has deep roots to the City of Newark through many relatives that have worked at iconic Newark businesses such as Peterbilt and Wedgewood Stoves. Her late grandmother, Betty Gentry, was a City of Newark employee for nearly 45 years and has the dance room at our Silliman Activity Center named in her honor.

Jolie began her law enforcement career with Newark in 2004 when she was hired as a Police Officer. She came to us as a San Francisco State graduate. Early on, she worked as an Explorer Advisor, Field Training Officer, and a member of the SWAT Team. Jolie completed a three year rotation as a detective for the Southern Alameda County Major Crimes Task Force prior to promoting to Sergeant in 2014. A majority of her time on as sergeant has been spent supervising patrol, but she also serves as the Reserve Program Coordinator and SWAT Team Leader.

Jolie is a lifelong competitive athlete and has leveraged her influence in the fitness industry to coordinate successful local charitable events that benefit children’s hospitals and families of fallen police officers. And because of her Crossfit Games accomplishments and by being a female pioneer in the tactical community, she is a current brand ambassador for 5.11 Tactical. 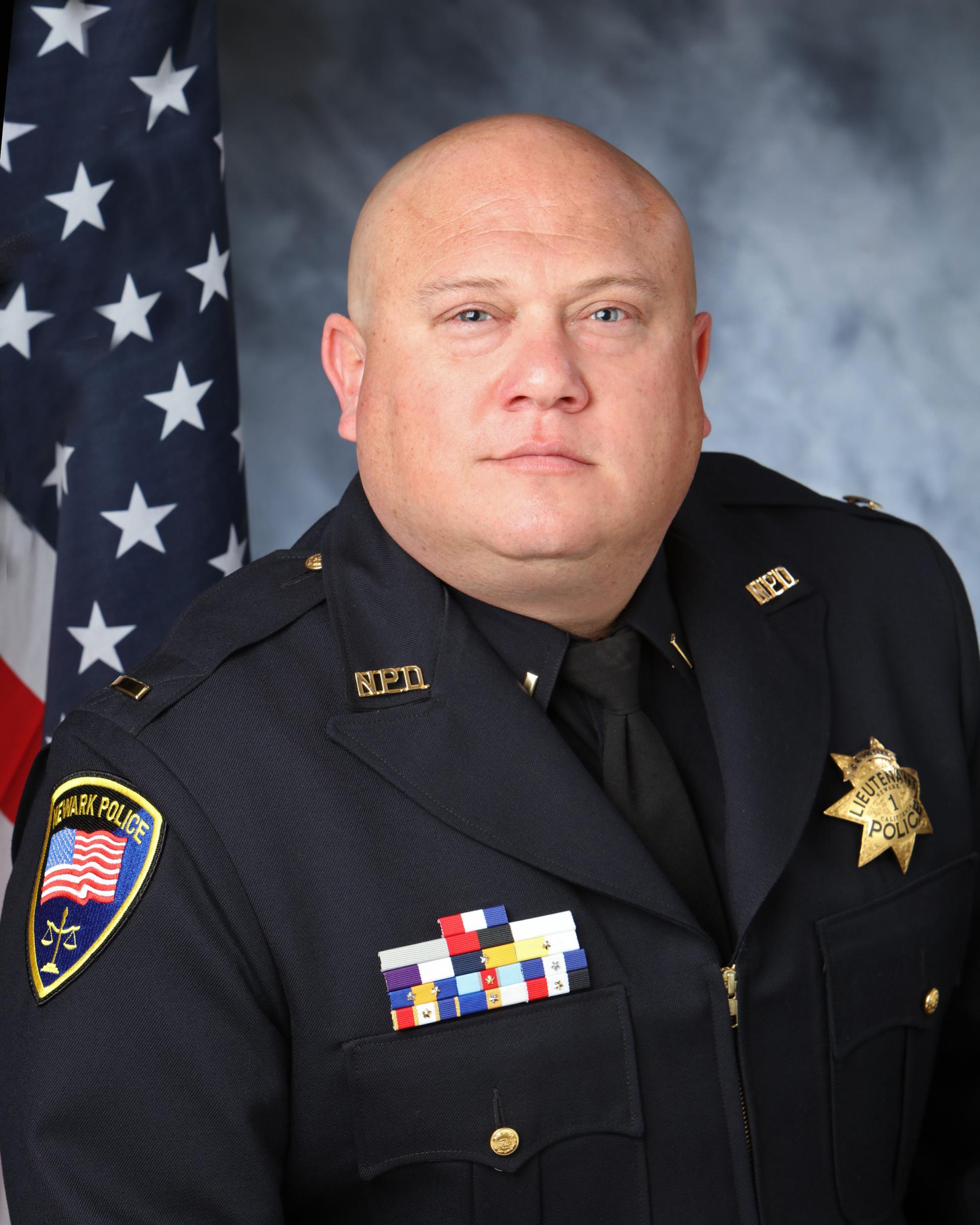 During his time as an officer, Lieutenant Higbee served as a Field Training Officer, Firearms Instructor, Citizen’s Police Academy Instructor, and Crimes Against Persons Detective.  He served three terms on the Newark Police Association Board as the Secretary, Vice President, and President.

Lieutenant Higbee is a graduate of the Sherman Block Leadership Institute and the California POST Management Course.

Lieutenant Higbee has been recognized with the following awards during his tenure with the Newark Police Department: The Medal of Valor, a three-time recipient of the NPD Police Officer of the Year, Department’s Silver Award, Two Department Employee of the Quarter Awards and the City of Newark PRIDE Award.

When away from work, David cherishes his free time, with his family and friends.