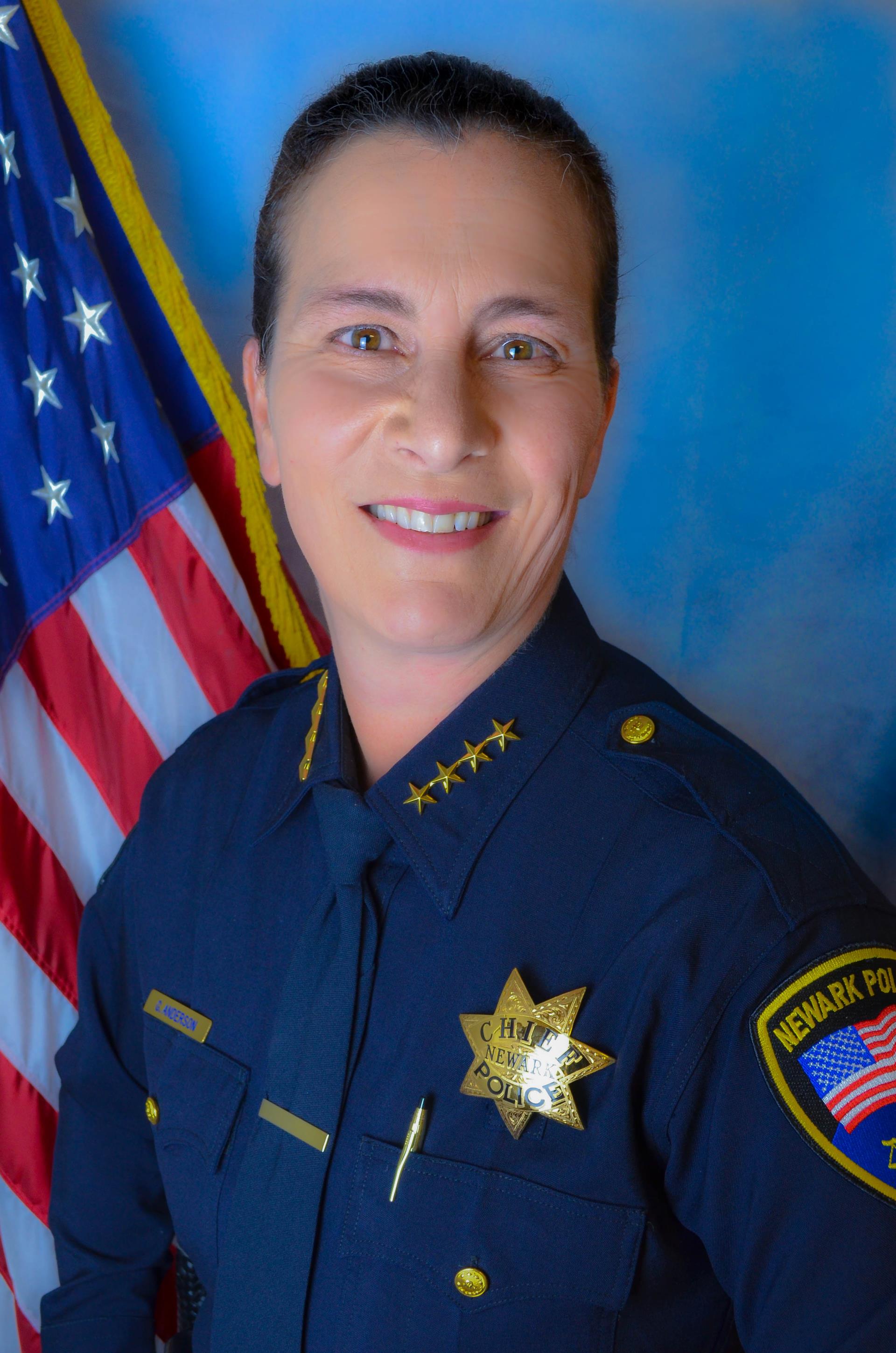 Chief Anderson has over 28 years of law enforcement experience starting her career as a Community Services Officer with the Davis Police Department and promoting her way through the ranks to Police Officer and later Police Sergeant.  While working for the Davis Police Department, Chief Anderson held a variety of assignments, including detective, SWAT team operator, hostage negotiations team leader, and community policing team supervisor.

Chief Anderson went on to serve as a Police Lieutenant with the Citrus Heights Police Department.  She was one of the original Police Lieutenants who helped create the new department during its’ inaugural years.  Chief Anderson performed a variety of assignments including building the Professional Standards Unit and serving in Special Operations and Patrol Services.

Chief Anderson later promoted to the Assistant Chief of Police in 2018 before coming to Newark.  As the Assistant Chief, she assisted in performing administrative and operational duties in planning, organizing, and directing the activities of the Police Department.  Chief Anderson was responsible for the creation and implementation of the Department’s strategic plan.  She developed and implemented the Department’s goals and objectives, evaluated programs and activities to ensure compliance, and designed and implemented crime prevention and community engagement strategies and other vital programs.

Chief Anderson obtained a Bachelor of Arts degree in 1992 from the University of the Pacific.  She later went on to earn a Juris Doctorate from McGeorge School of Law and is a licensed attorney.  Chief Anderson is a graduate of the FBI National Academy in Quantico, Virginia and is also a graduate of the Police Executive Research Forum’s Senior Management Institute for Police Executives.

Chief Anderson has served on many boards and commissions, including the Citrus Heights Chamber of Commerce Board of Directors.